At UFO Insight, we recently covered a story regarding the unique discovery of an odd star. This star behaved in a different manner to anything else we have found in the universe. Indeed, it kind of breaks typical protocol – and this has people talking about what the cause may be. From a misreading to a phenomenon right through to alien activity, every theory has been investigated.

However, the most exciting theory is the idea that an alien species is harvesting the star. They could be taking energy they need to charge interstellar travel/conquest/warfare. The likelihood is that, if another species is involved, they blow us away technologically. The ability to harvest a star is like something from a sci-fi novel, after all! 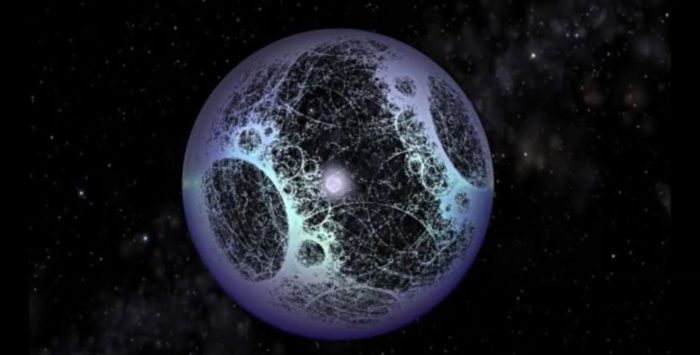 Want to know a little more about this? Then MLordandGod, a YouTuber worth following, gave a good summary of it here:

The Story We Know

Alright, so far we know that scientists at Penn State were looked at a star known as KIC 8462852. The star was found to be emitting a different reading of light than it should be. Naturally, this causes a lot of confusion in the scientific community. The rules and boundaries that we understand have, effectively, been broken by this star.

So, like with anything else that we can’t explain, we blame supernatural forces. In this case, we are looking to blame a civilization of aliens we cannot prove exist. But, is this really such a ridiculous theory after all?

The idea is that these aliens have constructed a major device that is capable of harnessing power. The theory is that they have created a large swarm of objects around the star itself. From there, they take away at the stars’ essence, slowly draining it of the power it should have.

Whilst this sounds like a rejected Dragonball Z movie, it would appear that the theory isn’t so nuts. The device that people are referring to here is known as a ‘Dyson Swarm’ after Freeman Dyson, who invented the concept. The concept itself has been around since 1960, but only recently has it ever receive mainstream viewing.

The idea of a Dyson Sphere is that, essentially, it would provide unlimited power. Given that parts of the world here either lack power or suffer shortages, this is just what we need. However, the feasibility of building such equipment is – today at least – impossible. Should an alien race be capable of such development, though, the power it would hold would be absolutely unfathomable to us.

A Dyson Sphere that sits around our Sun would produce thousands of times more than what we need. It would be in essence an end to the power systems we use today, and a new chapter would begin. However, the main problem is that – if we used the Sun – it would block it out. This would create incredible problems back on Earth.

Thankfully, by the time we can eventually build our own Dyson Sphere, we’ll have worked out a solution. If they do hold such incredible power, it would appear that our alien friends already have.

Just imagine the human potential if we had access to such power, though. It would dwarf anything that we are capable of finding on Earth. It would defeat even the most powerful scientific solutions we could create.

In essence, the development of a working Dyson Sphere would change the future of our entire race. If we are close to an alien race who has the potential to already do so, it’s an incredibly exciting opportunity.

However, whilst we’re very open to the idea of a Dyson Sphere, others are less keen. Let’s take a look at some of the prominent arguments against the Dyson Sphere being a reality. 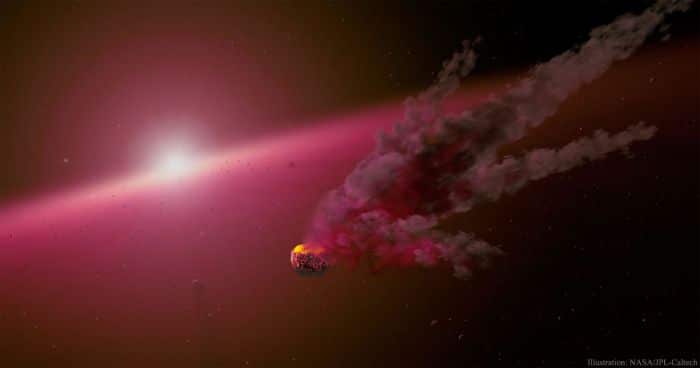 The development of this story has certainly helped that side of things. However, the problem with the theory so far is that it’s got a fair amount of misrepresentation about it. For one, the idea of aliens doing such activity was frowned upon by Josh Simon, an Astronomer at the Carnegie Institute.

He stated that “Once you’re invoking arbitrary advanced aliens doing something with technology far beyond ours then there isn’t very much that can’t be explained. We don’t really want to resort to that until we exhaust all of the natural explanations we can think of.”

There is, despite what you read elsewhere, no agreed upon theory or idea. What there tends to be is a lack of natural explanation so far. The longer it takes to find a plausible natural cause, the more likely it is that people believe this.

Also, given the fact that the star loses around 0.34% of brightness per year, people want fast answers. Add in the rapid changes that occur temporarily, too, and it’s very hard to explain why this planet jumps so much. The planet itself is acting like an overactive power grid; it cannot handle whatever activity is taking place.

So, when we can’t explain the situation and the experts can’t find a reason, it’s down to aliens. It’s the easiest way to explain something that we cannot comprehend – aliens turned up and ran amok.

Given that experts close to the Penn State discovery are also calling it a “last resort” it’s hard to take it as a given. Other educated guesses claim it could be anything from a cloud in the medium to a comet swarm.

Whatever is causing this weird problem, though, the speculation of alien activity won’t fade.

One of the most interesting aspects of this story, then, is the pace of development. We keep seeing new information appear from different theories, including the Jason Wright paper on alien tech.

This adds an interesting layer of discussion to the whole situation, and keeps the debate flaring. Naturally, science teams want people to be talking about their work again and again. The only problem is that when the story starts to turn to chat about aliens, people get creative. That desire for alien life to be found then creates a willingness to believe this.

After all, if the technology was seen as a feasible option to us in the 60s, why can’t aliens be using it?

What’s stopping a more superior race technologically and culturally from doing so? Nothing.

If you really want to help get to the bottom of this, though, you now can. The astronomer Tabetha Boyajian, who found the star itself, wants to set up a Kickstarter fund to help this. At the time of writing, over 1,700 backers helped reach the target of $100,000.

The idea was to give Tabetha and her team the chance to rent the best telescopes we have. However, the plan is to set up a continuous monitoring system to make sure no dimming is missed. So far they had as much as 200 hours of time provided to them by the Las Cumbres Observatory Global Telescope Network, but no more time is available. So, the team want to buy more time – with our help.

Got a few bucks spare and want to try and speed up finding an answer to this star? Then why not donate?

Previous Alien-Human Hybrids – Pure Nonsense? Or Something To Pay More Attention To?
Next UFOs Spotted Over Chernobyl: Did Aliens Stop Nuclear Disaster?