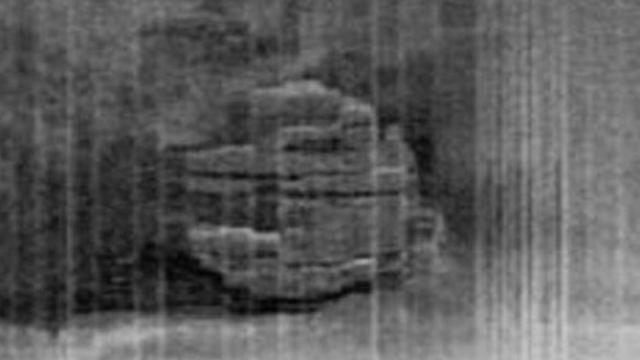 If the Baltic sea anomaly isn’t a UFO (which it is) I’ll eat your hat. It’s been down there for a very long time, I’m talking about the longest time you can imagine – then add a few thousand years on to that (probably) that’s how old it is. It’s said to be 14.000 years old.

It’s 61 meters wide by 8 meters tall!
It’s huge as well, it’s so large that it dwarfs anyone who goes down there to see it and it dwarfs the mini subs that have been down there in the Baltic sea to check this out and survey it. The sonar image speaks for itself. 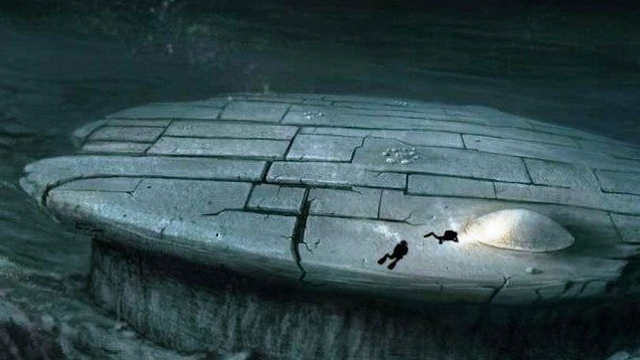 It’s outside skin or the material it’s made from on it’s surface (so to speak) has petrified. It’s turned to stone (my own opinion) or it has a very robust concretion of sea crust – like a build up on it’s outside surface of shells called crustaceans, which makes it look exactly like stone.

But the thing it doesn’t hide at all – is it’s shape and that’s because this thing is huge! Think Millennium Falcon, think of a space ship or Indiana Jones and the lost temple of spaceships under the water. If Lara Croft knew about this back in the early 90’s then it would of ended up in the film. 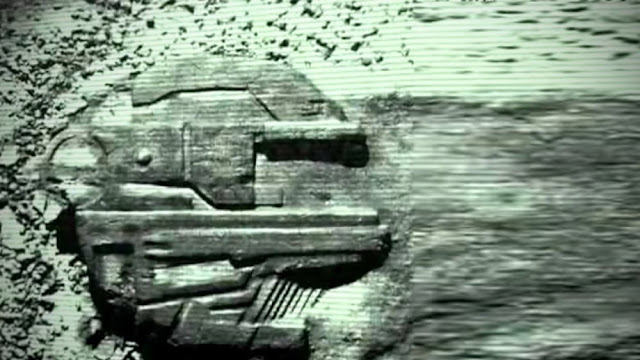 The image first appeared on the sonar of Ocean X, a private treasure hunting company, a couple of years ago. You can see its strange and artificially circular shape. It looks something like a UFO. Also note the streak marks behind it.
Look at the way they are shaped it looks like whatever this thing was crashed and skidded along the ground before coming to a stop.

The team that discovered this object noted that when their boat was directly above it some of their electrical equipment stopped working. When they sailed away , the equipment started working again.

(For me this is another compelling, “compelling” piece of the proof)!

The dive team that explored the sunken object also explained how the object appeared to have steps leading into an egg shaped entrance. Parts of either the object or rock that had formed around it were dated to be around 14,000 years old.

From Wikipedia, the free encyclopedia.

The Baltic Sea anomaly refers to interpretations of an indistinct sonar image taken by Peter Lindberg, Dennis Åsberg and their Swedish “Ocean X” diving team while treasure hunting on the floor of the northern Baltic Sea at the center of the Bothnian Sea, in June 2011.
The team suggested their sonar image showed an object with unusual features of seemingly non-natural origin, prompting speculation published in tabloid newspapers that the object was a sunken UFO. A consensus of experts and scientists say that the image most likely shows a natural geological formation.

Explain the huge indentations of skid marks behind it then? They along with the spaceship itself leave me in no doubt whats-so-ever that this is a real ancient crashed UFO.

Previous UNNATURAL OR PURPOSEFUL TRACKS ON MARS
Next Was Space Force delayed nearly 20 years to facilitate a Space Pearl Harbor?