Boriska – The Boy Who Once Lived On Mars

Most of us are familiar with at least the concept of reincarnation and past lives. Many of us, to varying levels, believe such a concept to be possible. Some, however, claim to recall past lives not only on this planet but on other planets throughout the Universe. Many of these claims even go back longer than recorded history itself.

Needless to say, many people struggle with this concept and ultimately dismiss it. However, there are more claims of this nature than you might suspect. Many ancient cultures also state that when a person dies they “return to the dstars!” Might this actually mean, the person’s energy – for want of a better word – their soul – is free to roam the Universe and beyond, until it begins life again? 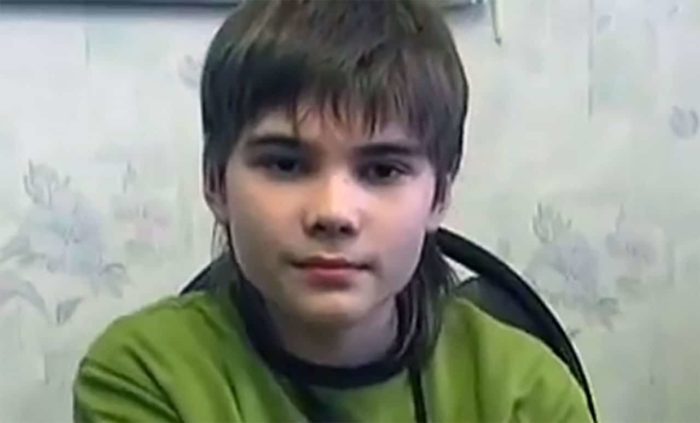 Perhaps most recently, are the claims of a young boy from Romania, who remembers not only one of these past lives but several, most notably his life on Mars. Before we look at Boriska’s claims and the interview he gave to Project Camelot, there are plenty of others who have made similar assertions.

Past Lives On Other Planets Revealed Accidentally

When author and researcher, Alexis Brooks, interviewed one of her sources regarding a previous regression session – a lady referred to only as “Kimberley” – the results were startling. Especially as the regression had taken place out of pure curiosity and not to “retrieve” any particular information.

Kimberley would speak of a life she had lived “a long time ago!” She spoke of looking into space and of seeing two large planets collide into each other. She couldn’t tell if she was on a spaceship or standing on a celestial body. She could, however, feel the power and intensity that the collision sent out in all directions. There were other “beings” around her, but she could not see them clearly. The only thing she could recall about their appearance that there was a “golden white glow” to them.

Researcher, Robert T. James, had similar findings after hypnotic regression of a patient named, Alice. Alice could recall life on another planet as an alien being thousands of years ago. James would conduct extensive research into other claims, assuring his readers that many past-life investigators were beginning to discover these lives on other planets accidentally. He would write about this in detail in his book, “Passport to Past Lives – The Evidence!”

The video below features several interviews and theories concerning past lives on other planets.

Project Camelot recently interviewed the young Romanian boy, known as “Boriska”, who claimed firmly that he once lived on Mars. What’s more, he could remember the intricate detail of this and several other former existences.

The young boy himself is said to have extremely high intelligence levels. His parents have even claimed that he was speaking relatively fluently before he was six months old. According to Boriska, his life on Mars was three million years ago.

He claimed that his people (Martians) had the ability to travel throughout the galaxy. They would travel in triangular airplane-type ships, utilizing plasma or ion power. He further went on to state that the use of portals was also widespread during this time. Although the precise details of exactly how the portals worked eluded him, he did state it was like “time was speeding up” until a “door” would open in “another area” – your destination.

He would make similar claims to a past life on Earth with the lost civilization of Lemuria. Furthermore, he warned of “catastrophes due to affect the Earth!”

You can check out the full Project Camelot interview below. Make of it what you will. At the time of the recording, Boriska is just shy of his twelfth birthday.

Perhaps one of the leading researchers and speakers in this area is Delores Cannon. Like many others, Cannon stumbled on to such claims purely by accident. Cannon attributes this to working with people in the “somnambulistic state”. A lot of hypnotists refuse to work at this level. According to Cannon, “strange things happen” when a patient is in this state.

Not only has Cannon regressed people who have spoken about once existing on other planets. Many of them have also spoken about living in an entirely different form altogether. From these sessions (which span over two decades), Cannon has formed what she believes to be the missing history of Earth.

One of her patients, Phil, would tell of the beginning of time on Earth, and of the intentional “seeding” of the planet. According to Phil, human beings were to be a race that would not succumb to illness or death. However, a huge meteorite, carrying with it bacteria, had struck the Earth, and the whole planet became contaminated.

To back up her findings, Cannon offered, “Bacteria is foreign (in that) it is not like anything else on Earth. Everything else, man, animals, and plants, are all related in some way. Bacteria is totally separate!”

According to Cannon, and many other researchers, life exists throughout the entire Universe. And life comes in many forms of energy, both physical and non-physical. She also asserts that many human beings to be human-alien hybrids.

According to Cannon, a ship came to a crash-landing in what is now Alaska many thousands of years ago. Unable to repair their ship, and realizing they were trapped on Earth, the beings reproduced with tribes that were native to the area. They were unable to reproduce amongst themselves on Earth due to the planet’s atmosphere not suiting conception. By interbreeding with indigenous species to the planet, their race remained alive, albeit as a hybrid.

Cannon further claims, that those responsible for “alien abductions” are the same as those who seeded the planet. They are taking place, according to Cannon, so they can study us and “progress us” into the race they had intended. She believes that many simply recall these encounters as terrifying due to the mind presenting them in a “distorted” way.

While many discount parts, and in some cases all of Cannon’s theories and findings, she is an intriguing person and given that much of the mind is “undiscovered”, arguably someone worth listening to.

Check out the video below. It features Cannon speaking extensively about her methods and indeed her findings.

Tags Boriska – The Boy Who Once Lived On Mars mysteriousworld

Previous The Many Bizarre And Chilling Gateways To Hell
Next The Missing People And Strange Tales Of The Bennington Triangle!