While most people who witness a UFO, even those who claim to have been abducted, live to tell their tales, others are not so lucky. For some, the seemingly out of this world encounter appeared to have killed them – either at the scene of the sighting or in the immediate hours or days following.

These deaths are referred to as close encounters of the sixth kind. And there are more than you might think.

Zigmund Adamski for example was found dead in June 1980 on top of a large pile of coal in Yorkshire in the United Kingdom, having been missing for five days. There were no coal marks on his clothes – as if he had been placed on the coal pile from above – and there was also the presence of an unidentified gel on the back of his neck. 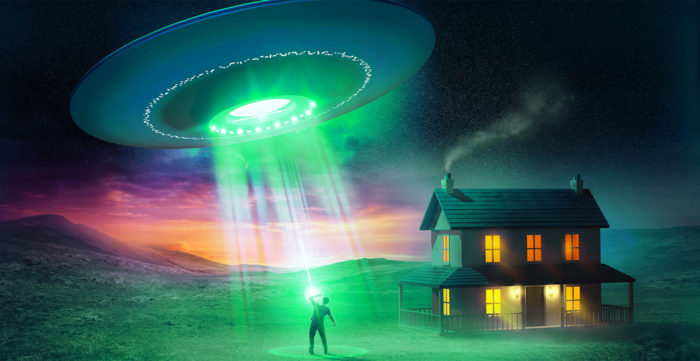 Frederick Valentich literally appeared to vanish into thin air in October 1978 as he was flying his small aircraft over Bass Strait in Australia. He had reported to the radio tower of seeing a strange metallic object flying above him. His final moments were caught on the radio exchange recording at the tower. He stated he was going to attempt to reach King Island before he stated, “….that strange aircraft is hovering on top of me again! It is hovering and its not an aircraft…..” – with that all that could be heard was the sound of screeching, scraping metal.

No wreckage was ever discovered. You can check out a short documentary below regarding the strange disappearance and presumed death of Fred Valentich below.

J. Allen Hynek is an important figure in the UFO community, even now thirty years after his death. Not only was he one of the first “serious” scientists to show a level of respect and interest in the UFO phenomena (despite his initial scepticism), but he also devised a system with which researchers and investigators could better log and catalogue such sightings. His research and theories resulted in the Hynek scale – something that is still utilised by ufologists and researchers today.

Hynek’s scale originally had three “levels” but as more and more research into the UFO phenomena is carried out, more “extensions” are added.

In short, the Hyneck Scale is as follows:

Check out the short video on J. Allen Hynek and the Hynek Scale below.

In his 1990 book Confrontations, Jacques Vallee – an associate of Hynek’s and himself a respected ufologist – told of many UFO sightings that had resulted in the deaths of the people who had witnessed them.

Perhaps one of the most chilling – and the incident that made Vallee take a look at such UFO sightings – was an event that had occurred in August 1966 in Rio de Janeiro in Brazil.

A local teenager came upon the corpses of two men while looking for his kite. The scene was puzzling. Both men lay on their backs with no signs of having put up a struggle. Both were dressed in neat raincoats and suits, and both had lead masks near to their heads. Examination of them appeared that they had died from a heart attack, which by itself would not be anything out of the ordinary. However the fact that two men, both dressed the same, with makeshift protective headgear both suffer a heart attack in the same spot, at the same time.

When Vallee studied the case notes, he surmised that the two men had been witness to a UFO. He even went as far as to state they were at least hopeful, if not expecting, to witness such a craft due to the lead masks that he theorised they had used to offer some kind of protection from any harmful rays. They were identified as Jose Viana and Manuel Pereira da Cruz – both local television transmitter engineers.

When the deaths of the two young men were announced, others came forward to tell of strange sightings around the area their bodies had been found. Usually reported was an oblong shaped object that appeared to “glow orange” and emitted strange beams to the ground. Had this been the craft that the two television transmitter engineers had been hopeful of seeing?

Upon visiting the site of Viana and Cruz’s death as part of his research, Vallee was soon bombarded with other strange stories and tales from the region – some dating back two decades prior.

In 1946 Prestes Filho was returning to his village of Aracriguama at a little past seven in the evening from a fishing trip when a strange object appeared overhead, shooting out a strange beam of light as it did so. The light “hit” Filho, who barely managed to get to his front door and inform his sister of what had happened.

Within hours his condition had worsened dramatically. Vallee wrote that he had learned from the reports, “his flesh had literally detached itself from the bones. It was as if he had been boiled in hot water for a very long time, so that his skin and underlying tissue fell!”

By the time Filho had reached the local hospital, he was dead. Bizarrely his skin continued to come away from his bones after death.

Another account took place three years after the original incident that Vallee had travelled to Brazil to investigate – this time in the small town of Anolaima in Colombia in July 1969. Just after eight in the evening, two children saw a strange bright object land in a nearby field. Grabbing their torches, they began to flash and signal in its direction.

The object responded and came rapidly closer to them. The rest of the family, now alerted by the children’s terrified cries, came out to witness the bright craft. In all there were thirteen family members who saw the object overhead. They all then witnessed it take off at speed in the direction it had originally landed.

Arcesio Bermudez, the children’s father, snatched a torch out of his child’s hands and made off in the direction the brightly lit craft had gone. He came back shortly after, visibly distressed, stating he had witnessed a “strange creature” in a clear part at the top of the craft. He had shone his light on it and alerted it to his presence, causing the object to light up once more and vacate the area entirely.

In the coming days however, Bermudez became increasingly ill. Dark blue spots had appeared on his skin and he had a constant feeling of nausea. A week after the sighting, Bermudez had died. The official explanation for his death was put down to gastroenteritis.

Below you can check out an interview with Jacques Vallee, “Thinking Allowed – Implications of UFO Phenomena.”

Vallee concluded from his research in Brazil that many of the victims who had witnessed UFOs had died from “high-power pulsed microwaves” – essentially as if they had been placed into a large microwave and “cooked!”

Whether these deaths were intentional or just a result of someone being in the vicinity to such a strange craft is open to debate. As is who the people behind these “microwaves” might have been. Were they extra-terrestrial visitors from another world?

Or might they have been secret government weapons being tested somewhere far away from home soil? Although the official word is that the US government for example was working with the beginnings of such technology in the 1960s, it is widely accepted that behind closed doors, they are generally twenty or thirty years ahead of their official position.

Dr. Steven Greer is just one of many people who believe this to be the case. He also firmly believes, that at least in part, recovered and back engineered alien technology is the reason for this. In an extensive interview he gave in 2005, he stated to having in his possession “leaked papers” that showed the United States government alone monitors around five-hundred UFOs that enter the Earth’s atmosphere every year – these UFOs are codenamed “fast-walkers.”

The CEO of Lockheed Skunkworks – a company who oversee many secret government projects – is famous for having brashly stated to the media, “…anything you can imagine, we already have the technology to do, but these technologies are locked up in black budgets!”

You can check out the video below which is a recent lecture given by Dr. Steven Greer from November 2015. One word of note here though – this lecture is nearly four hours long, so it might be best to read on and then come back to this clip at the end. It is very interesting stuff to say the very least.

The US secret government and military off-shoots are certainly not the only government to have at least come under some suspicion of such activities. In 1959 in the far northern reaches of the Soviet Union, following the discovery of nine missing, but experienced hikers, questions began to be asked if such weapons tests had contributed to their deaths.

The incident is commonly referred to as The Dyatlov Pass Incident and is one of the most bone-chilling mysteries of the twentieth century. Their final campsite was discovered in late February 1959 over three weeks after their last entry was made. Their tent had been cut out from the inside and it appeared that many of the hikers had left the tent unclothed and bare foot. Footprints were noticed in the snow but they stopped suddenly in the middle of nowhere.

A short distance away, the first group of four hikers were discovered. It was a further three months before the remaining five were found.

Examinations on their remains led to an official ruling of accidental death due to the extreme elements they were exposed to. However all of the hikers had sings of radiation, and perhaps more telling, all of them had internal injuries that were more reminiscent in people who have been struck by a high-speed vehicle, despite no external injuries to suggest such a collision.

Was the Soviet military testing secret pulse weapons that evening? The area the hikers were found was close to land where such weapons tests had previously taken place.

Of course many also firmly believe that UFO activity – which was recorded by locals the evening of the group’s last recorded diary entry – is purely responsible for their deaths. There was also said to have been considerable damage and burns made to a tree overhead where the first four hikers were found – said by some to have been caused by an object that had descended on the group.

Several of the hikers appeared to have precise cuts to the mouth, eyes and tongue – very much in the same way that cattle mutilations are carried out. This is interesting in itself, given that a much debated topic of the cattle mutilation phenomena is just how the animals are “tamed” to allow such procedures to take place with no struggle. Might they also be subjected to “pulse” technology?

Check out the video below which looks at the Dyatlov Pass Incident in a little more detail.

Previous Are UFOs Actually Travelling Between Dimensions Instead Of Space?
Next UFO Encounters In The Wild West Were Very Real!