Huge black Triangle shaped UFO over Australia and this is absolutely not the first time that this has been seen. The Triangle craft has been seen everywhere right across the world and it’s silent. But is it man made or actually Alien, or only in origin i.e an altogether hybrid aircraft?

An amazing news article caught my eye about a massive black Triangle UFO from 2012 (the article) which is about as accurate and spot on as you can get. It set’s out (in my view) just why we should be open minded to these crafts. 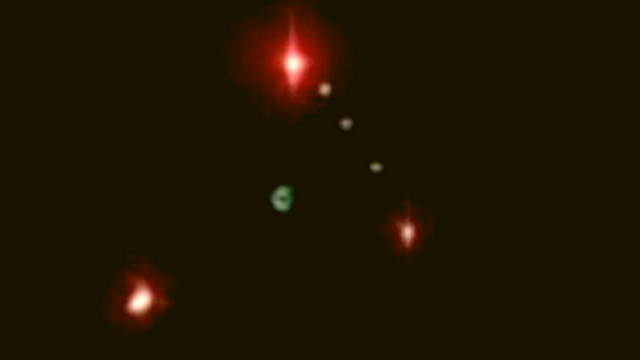 Dean “Vern” Garner has kept a secret for 20 years. He thinks about it often, but hardly speaks about it because he has no proof.

The memory came back vividly recently when he was throwing out old newspapers kept for painting. One fell on the floor.

“We could see it coming towards us. I said, ‘we’re about to find out what this thing is’.

“We were absolutely stunned. I said ‘what the hell is that?’. This thing was coming towards us at no more than 25km/h.

“It was about 30 meters high, just above the tallest eucalyptus tree.

“As it approached us, the hairs on our neck and arms stood up. We were in deep shock. We couldn’t believe what we were seeing.”

A massive triangular-shaped craft flew above them.

“It was travelling so low, you could have thrown a rock and hit it. It was directly above our heads,” he said. 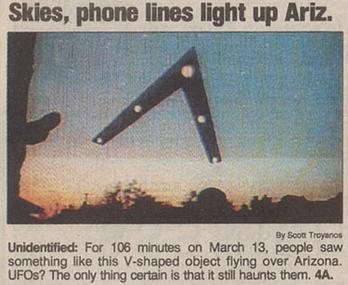 “As we stood underneath it, there was no doubt what it was. We knew straight away it was an alien craft from another planet. There’s nothing like that on our planet.

Continue reading about this exceptional and outstanding UFO or TR3B encounter right here at the Newcastle Herald. Guys, until these are openly talked about by the Government, NASA, Black Ops, military “secret operations” etc we still have to refer to these crafts as UFOs!

It could be from another secret program, it could be Alien and it could be anything in between and outside of that.
So, this was the title that the journalist chose to represent his amazing article (UFO: Flying Triangles) and all them years ago it was apparent even then that these Triangle shaped crafts we’re menacingly stalking the skies of the world.
They was been photographed by people back then and reported but then it was all been forgotten about, very quickly.
What’s changed?
Everyone is connected, everyone is sharing and people are now part of communities that accept the “freedoms of speech” and the freedoms of democracy which are all encompassing and non negotiable. 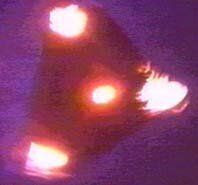 Related post:
New Generation Of TR3B Or Is It A Real UFO

All this along with the fact that everyone has a cell phone with a camera, everyone is a member of at least one (if not more) online social media sharing site(s).
All this goes into one direction of history, it is going in a direction that history has never been in before. The present is leaving in it’s wake a path which has never been seen before.

We’re not used to seeing Black Triangles flying in the sky.

We’re not used to seeing silent Black Triangles, flying very low and flying silently over built up urban areas and which has a white light in every corner and one red light in the very middle.

People are not used to seeing this kind of thing, when checked against official versions – things not tallying up. 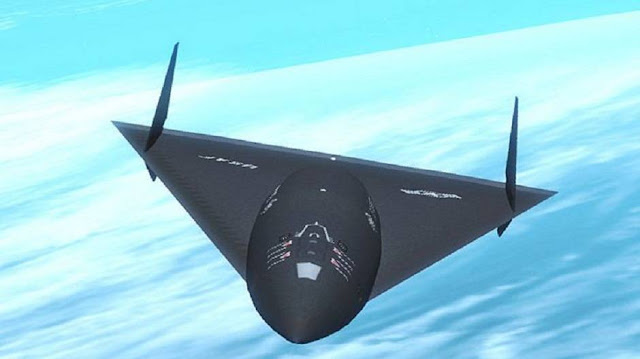 We are not used to being lied to by the big almighty and straight up, accountable and respectable NASA! Lol.

Were not used to being lied to by NASA officials to our face, in statements and on the record – plus off the record!

But, this is national security right, this is mankind’s greatest moment in history, right?

As we’re just learning that we’re not the only ones in the universe, we’re also lying to the people which will later on be the worst decision probably ever taken.

We’re (officially) alone in the universe.

But, we all know that we’re not the only “self aware” and intelligent and curious with an insatiable appetite for knowledge “living being” in the universe.

We all know, but NASA chooses to still deny this.

Learning and uncover all the bricks in the universe to see what’s under them, how they work, how these bricks fit in with the landscape and what’s the role of this brick?

Here’s one of the best quotes and written articles that I’ve ever read from a professional journalist called Darren Perks who’s the Investigative Researcher and Commentator, based at the Huffington Post – regarding UFOs and the strange phenomenon within Ufology that is the Triangle shaped craft?

There really is a lot of people inside normal everyday jobs and normal everyday roles within these jobs that believe in UFOs and Aliens, they’re in a great position to talk about this and be heard by tens of thousands!

A lot of people will find what I have written here quite unusual and maybe unreal. But when you look at all the sightings reports, images, eye witness accounts, and inside information from people who worked within military and black ops projects, things become a lot clearer.

There are thousands of UFO sightings around the world every year, but a high percentage of them relate to one very common UFO and shape…

Strange flying black triangle UFOs.
But what are they?

They are large, triangular-shaped UFOs, often black in color, with rounded corners and making a low, humming noise. They disappear to the horizon at unbelievable speed.

They are usually big craft and show up from nowhere in the blink of an eye. The first sighting of these mystery triangles was recorded and reported in 1965.

Some say they were first sighted in 1950s. For some time people have said they are secret military projects – the next generation stealth aircraft’s.

But why are they flying the same way since sixties. How come the technology never changed in more than 50 years?

According to many ufologists like myself, these UFOs are the outcome of direct transfer of technologies from extraterrestrials to human civilization in different parts of the world.

They are believed to be reverse engineered from crashed UFOs, and have been developed behind closed doors at top secret military facilities and bases around the world.

One such facility is Groom Lake aka Area 51 in Nevada USA: AREA 51.

Government departments such as the FBI, CIA, NSA and MoD and others in all the countries around the world involved in this type of technology are tight lipped.

They just do not recognize anymore real life witness accounts, and fob us off saying that ‘We no longer investigate the UFO phenomena’ despite the release of classified UFO files.

However, the facts now point a finger towards a secret joint development in a collaborative manner with Extraterrestrials to develop these UFOs.
There’s so much more to read and learn in the links (below) so that you can finish reading the articles that I’ve quoted, linked you to and guys, there’s more to the Triangle crafts, there’s more to the Government lies and interviews that they’ve given over the years.

Look and you will find!

There’s more to the comments and the published papers that have been published by the Government officials over the years.

Here’s a recent sighting in Amsterdam of a Triangle shape UFO or TR3B:

NASA scientists and the stuff which all the brave whistleblowers and “truth finders” have uncovered, delivered and produced for the world to see over the years.

Are they man made crafts solely designed, created and engineered by man kind or are they back engineered and “or” reverse engineered from downed UFOs?

Crashed UFOs (Flying Saucers) have been seen, documented and videoed in the past.

If you believe these so called evidence and proof is another thing?

But they are thought provoking and when they’re backed up by people who are still alive and kicking, will go on record and testify to them been real?