NASA Scientist Spots Mystery Objects In The Rings Of Saturn

NASA spots mystery objects orbiting Saturn’s rings, so what does it mean?

The fascination for exploring and understand the unknown is a prevalent desire held by humanity as they strive to reach beyond the common knowledge. 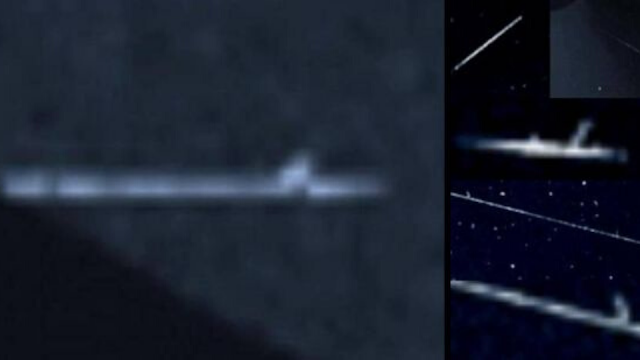 Scientists continue to study and reveal to us the magnificent phenomena that sprouts in our celestial neighbours.
A video from The Ring For Over The Chain YouTube channel has an ex NASA scientist Dr Norman Bergrun explaining what he knows about Saturn. He call’s the Aliens “The ringmakers of Saturn”. 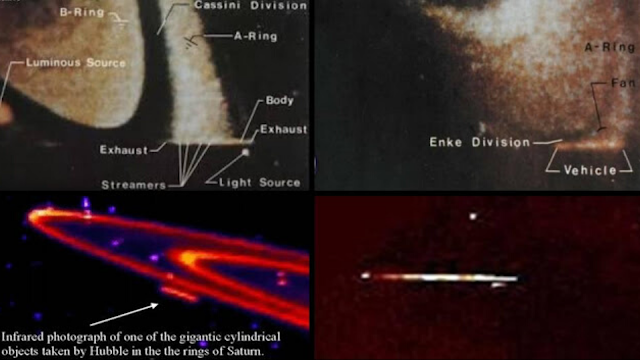 We have sent probes to the many corners of our solar system and universe which has given us amazing detailed images and information about other planets.
Here’s a quote from Mysterious Universe about Dr Norman Bergrun:

Bergrun analyses photographs of Saturn’s rings taken by the Voyager 1 and Voyager 2 spacecrafts in 1980 and 1981. He then details his theory that the rings were formed by giant Electro-Magnetic Vehicles (EMV’s) which are quite possibly being controlled by intelligent beings. He states that the 7000-mile-long elliptical ships are currently orbiting Saturn.

The Saturn orbiter ‘Cassini spacecraft’ has captured some astonishing photographs of what appears to be mysterious objects caught in Saturn’s rings.

A quote from Dr Bergruns book The ringmakers of Saturn states:

Immensely large, enormously powerful extraterrestrial space vehicles located in the vicinity of Saturn and its moons.

One theory suggests that the solid objects were made in a recent collision, perhaps from caused disturbances by the moon ‘Prometheus’. But it’s not entirely sure and it still remains a mystery.

Are aliens out there, is there Alien life forms inside Saturns rings and why Saturn? Why are these Aliens there? There’s lots of speculation as to why they’re there and one is that the rings are been mined, the rings are not natural and are been put there…

The Jet Propulsion Laboratory, California Institute of Technology in Pasadena, has designed, developed and assembled the orbiter and it’s on board cameras. Watch the following video to know more!