The Belgian UFO Wave – A Truly Unique Display Of The Unknown

The wave of UFO sightings that took hold of Belgium between November 1989 and April 1991 is truly one of the most remarkable moments in UFO history. What’s more, the sightings would result in over 2000 incident reports. Most of these meticulously detailed in nature. Further still, over 650 of these accounts were subject to investigation. 500 remain unexplained. 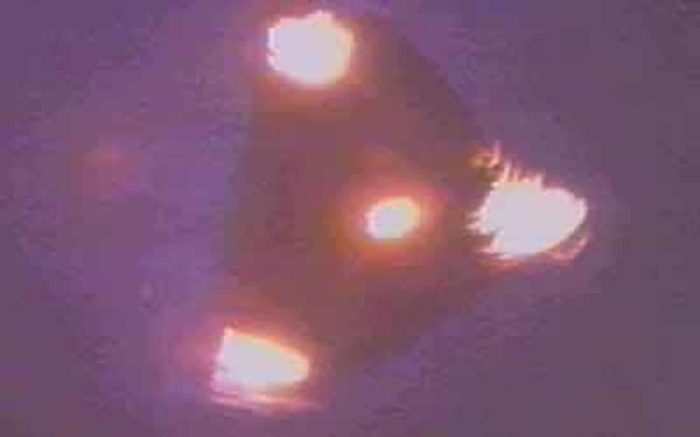 Everything about the Belgian UFO Wave suggests legitimate sightings of something completely unknown. So much so, it would be the authorities themselves who would push for such thorough investigations. Indeed, the Belgian authorities showed quite clearly that a country’s populace would, and did, act with calm and rational foresight in the face of events quite irrational and bizarre.

Much like the Cosford Incident three years later, the final determinations of the authorities quietly suggest a phenomenon that desperately requires further investigation. And this particular wave of sightings would produce tangible, albeit small, evidence to not only support its own claims but those of other sightings across the planet.

Before we look at some of the sightings in more detail, check out the video below. It is a rare piece of footage showing a typical sighting of the wave and some Belgian news segments.

A little after 5:30 pm on the 29th November 1989 in the town of Eupen, patrolling police would inform their switchboard operator, Albert Creutz, of a huge airborne object hovering over a field in front of them. According to their report, it was “so bright it was lighting up the field like a football stadium!”

Creutz, given that it was almost Christmas, returned with a quip that “it might be St. Nick!” However, the on-site officers urged him to go to the top floor of the building and look out of the window to see it for himself. Realizing the report was not a prank by his colleagues he did as suggested. Once there, he could see the mammoth craft “looking like a boat floating in the sky!”

By the time Creutz was back in position at the switchboard, residents were swamping the system with calls of the strange, bright object. When police officer, Dieter Plumanns, and his partner made their report of visual contact with the craft, Creutz told him to follow it. They did so for several minutes before it came to a stop and hovered over a retirement home.

They too stopped their vehicle and watched the bizarre scene unfold in front of them. The object was a distinct triangle with three orange/brown lights in each corner. In the middle of the underside was a bright red light that flashed at regular intervals. As Plumanns and his partner looked on, a small drone-like object left the main craft, constantly flashing in unison with the middle light above. It surveyed the area, before rejoining the triangle, which then left with great alacrity.

By early December the sightings were not only national news, the world’s press turned their attention to them. All described the same object – triangular with three orange lights and a middle red light. By the evening of the 11th going into the 12th December, another surge of sightings occurred.

One of these sightings took place over the skies of Ernage. The witness was an experienced army colonel, Andre Amond. While driving to the train station to pick up their son, Amond and his wife would notice three bright lights set out like a triangle with a “pulsating red light” between them. Amond would bring his car to a halt in order to get a better view. As he did so, the triangular craft slowed also. He repeated this several times, each time the craft slowing with him. It then went into nearby woodland.

Amond followed it, eventually pulling his car over near an open field. There from behind the trees, came the brightly lit airborne behemoth. Amond would report that he could hear other traffic and even a nearby train, but no sound whatsoever came from this huge ship. Just as he was about to leave, the craft shot away at speed. Amond would later state that “No man-made object is able to do what I saw that object do that day. Not then, and still not now!”

Other sightings would pour in from the general public.

Numerous residents of Liege and Namur would report seeing a triangular craft over their houses. One particular man in Jupille-sur-Meuse claimed to witness a glowing object over nearby woodland “struggling to free itself” from a spruce tree. He was so close he could see “symbols of electrons” on its side.

The sightings would continue around Belgian airspace. By 21st December, official reporting procedures were communicated to the public. First, they would report the sighting to the police. Once the police had confirmed it, a radar station would be notified. One that had the authority to launch standing-by F-16 fighter jets to intercept.

Although it wasn’t public knowledge immediately, in July 1990 at a NATO press conference, it was revealed F-16 fighter jets had been launched on 30th March of that year. Major General Wilfred De Brouwer would talk the considerable amount of press through the tapes of one of the F-16’s flight. At one point the triangular craft was traveling at over 1000 knots. Further to this, it showed the capability to go from 150 knots to 500 knots in “a matter of seconds!”

Ultimately, the craft vanished at a breathtaking pace.

One of the pilots that evening was Yves Meelbergs. Due to the other F-16’s tapes malfunctioning, it could not be ruled out that Meelbergs’ tape was displaying some kind of magnetic malfunction. Meelbergs himself would state years later that he “firmly believed there was something in the sky that night!” He would further point to not only his confirmation tapes but witnesses on the ground and the control tower’s own radar system.

The sightings would continue in abundance into the late-spring of 1991. Then, just as quickly as they began, they would cease. Before they did, however, an unsuspecting witness would capture a photograph that could prove to be one of the most important in UFO history.

Before we look at that, the video below features a recent interview with De Brouwers. He also discusses the aforementioned photograph, which we will look at next.

The evening of 4th April 1991 may prove to be one of quiet importance to UFO researchers, and indeed anyone who seeks the truth to such phenomena. That evening, while walking her dog, a young woman noticed one of the strange triangles overhead. She quickly returned home, informing her boyfriend, who grabbed his camera and headed outside.

There were only two shots left on the film. He steadied himself against the wall of his home to stop his arm from shaking and pressed the button down twice. Upon their eventual development, one of them was blank. One of them, however, was crystal clear.

The picture clearly shows the triangular craft complete with the orange/brown lights on each corner and the red light in the middle. The shot would undergo intense investigation, and after a year of scrutiny was declared genuine and with no evidence of tampering.

Furthermore, the out-of-focus edges around the lights would suggest movement of the object. Continued analysis would suggest “magnetic interference” which in turn suggested advanced propulsion. Given the reports of how silently the craft moved, theories of some kind of advanced magnetic propulsion system would develop.

So just what was witnessed by the thousands of individuals during the surge of sightings over Belgium? That something was enjoying access to Belgian airspace is beyond doubt. Literally scores of pieces of video footage and photographs – albeit inconclusive – exist of these crafts. A simple search on YouTube, for example, will return many amateur recordings from the era.

Had they arrived here from another world? Perhaps another dimension? The technology on display would certainly suggest it is far advanced to anything currently produced on Earth. And despite assertions from skeptics that “weather balloons” were likely responsible, the wealth of first-hand testimonies on how these crafts move suggest otherwise.

Or might these crafts and the wave of sightings have been tests of top-secret vehicles by shadow governments? Although it is not out of the question, it would raise the question of why such prolonged testing would take place over a (relatively) highly populated area.

Sightings of such definite triangular UFOs were largely unknown before the famous sightings over Belgium. This further suggests that they were authentic. The exact details submitted by the numerous witnesses were too precise in their difference to have been pulled from the cultural collective notion of a UFO – which would have likely been more along the lines of a flying saucer.

The wave over the skies of Belgium in late-1989 and into the early-nineties is certainly a unique moment in history. Whether we see another similar episode only time will tell.

The video below looks at the Belgian Wave in a little more detail.