The Man From The Country That Doesn’t Exist

Even though it reads like a bizarre fantasy novel, the events in Japan, 1954, are claimed to be very real, and beyond mysterious. Furthermore, they are still unexplained. A strange man from a strange country – so strange nobody knew of its existence. The manner the gentleman then disappeared, puts the account in the realms of urban legend, and as such is difficult to authenticate. 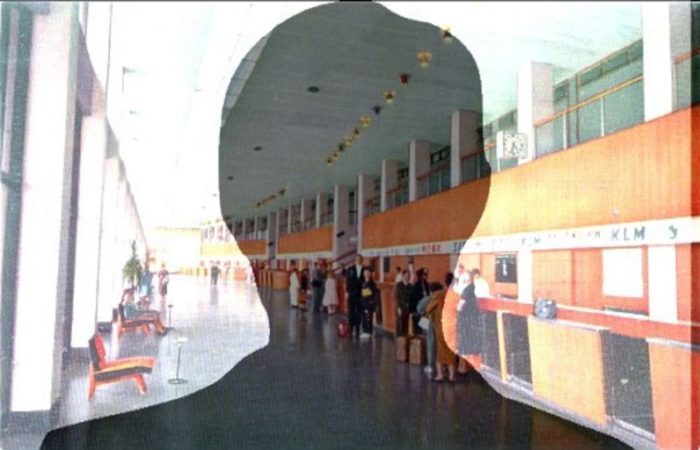 Might this be a case of a person slipping from one dimension to another? Maybe even time-travel? Might it be some kind of bizarre espionage-type encounter? Or perhaps it was nothing more than someone looking to deceive, for reasons unknown?

Whatever the reason, or the true roots of the story, the account of the man from Taured, is one of the most fascinating of the twentieth century. It is also one that might be just another single account, that when put alongside other similar such incidents, prove our world is not entirely as we think it might be.

Before we look at this most intriguing encounter in more detail, check out the short video below. It looks at the basics of the case.

Taured, A Country With A History Stretching Back 1000 Years!

According to the legend, at some point in a particularly hot summer of 1954, a gentleman entered Haneda Airport in Tokyo, Japan. He was traveling from Europe and had visited Japan many times. On his person was various different currencies of European countries, as well as Japanese money for his upcoming trip. He was also adept at several languages, including Japanese, but it appeared French was his native tongue.

Nothing out of the ordinary by any stretch of the imagination. When the gentleman went on to state his country of origin as he produced his passport, however, things took a strange turn. According to his official papers, and the man himself, his home country was Taured. He was able to produce such documents as his driving license, bank statements, and his official business papers.

Perhaps sensing confusion, the man offered that it was a small country, nestled between Spain and France. Further still, Taured enjoyed a long and proud history stretching back over one-thousand years.

Needless to say, the customs officials didn’t recognize such a country. Nor could they find one on any existing map at their disposal or find any mention of it in history books. Perplexed as to what to do, with his cooperation, the gentleman was taken into immigration’s custody. Under constant guard outside his room, the gentleman would spend the night in a nearby hotel. His passport and official papers were confiscated in order that immigration could resolve the issue.

The following morning would bring a bizarre twist to the already mysterious affair. As officials went to collect the gentleman from his hotel room, they discovered to their amazement, an empty room. Despite the guards outside the room and the building, he had simply vanished into thin air. His room was high up, with only a single window. If the man had attempted to leave via this route, he would have simply fallen to his death as the window had no ledge or balcony.

Further still, the passport and official documents were also missing from immigration offices. In any case, the papers had failed to yield any results. Immigration officers would ring a phone number on his business papers. According to the reports, the number didn’t exist.

The immigration officials would notify Tokyo police of the situation. They conducted extensive searches of the hotel and the surrounding area. The mystery gentleman was nowhere to be found.  There is very little else said of the searches. Some state they went on for days, but what all agree on, is that the man from Taured had disappeared.

Whether the search was genuine, fabrication or a combination of both is all a part of the legend. If there is any truth to this accepted version of events, what might it tell us?

So what should we make of this most bizarre and intriguing account? If there is any truth to it, the incident is impossible to verify as there appears to be no record of the incident in official records. Nor does there appear to be any newspaper report to corroborate it.

The earliest known record of the account appears in the book, ‘The Directory of Possibilities’ by Colin Wilson and John Grant. However, no source was mentioned in their version of the account, nor were any newspaper clippings, or even a picture or the names of the immigration officials in question.

That isn’t to say the account is a complete falsity (although that is a possibility). It is perhaps more likely that something very strange did happen that day. A mysterious traveler may indeed have made his through the (then) two-years-old Haneda Airport intent on visiting the rapidly growing metropolis that would become Tokyo. Maybe the gentleman was simply a conman, looking to gain entry to the country with a fake passport and a tall story.

However, perhaps his disappearance may have been the subject of the re-telling of the account changing over the years. As small details change, eventually the entire account becomes distorted somewhat. Perhaps the reason for there being no official record of the incident may be down to nothing more than the embarrassment that someone had seemingly outwitted officials and escaped from right under their noses. Although there is no evidence for this, it is certainly not beyond the realms of possibility.

A Plethora of (Theoretical) Options

Assuming for a moment, however, that the entire incident did happen exactly as the story is told, what might the reasons be for this most strange occurrence?

Might the gentleman have been a time-traveler? Perhaps the timeline he had originated from did indeed have a country named Taured. While this is an outlandish suggestion, no doubt, it is no less outlandish than the account itself.

Or might he belong not to another moment in time, but to another dimension? The first time we hear about the gentleman is when he approaches customs at the Haneda Airport. Might he have, somehow, moved from his dimension into ours shortly after he left the plane? He himself, according to the story, did not appear confused as to where he was, only that they didn’t know of his country. So this suggests that the gentleman, if he was from another dimension, was unaware of his apparent interdimensional journey.

Or was the mystery man simply a con-artist? Someone looking to pull the wool over Japanese immigration’s eyes for reasons unknown? That, more than the supposedly “outlandish” theories sounds rather unlikely. What would be the purpose? What would the man hope to gain? Surely, if he was looking to enter the country dishonestly, he would have “faked” a passport that was believable. Not one that claimed to be from a country that quite obviously didn’t exist.

Or should we perhaps accept that the account is one of absolute falsehood? And if so, does that lay such blame at the aforementioned authors who brought the account to our attention? Or perhaps, given their body of work, is that the most outrageous claim of them all?

The disappearance of the mystery man in Tokyo, however, is far from the only such incident on record.

Another strange account, for example, happened in Tokyo nine years after the disappearing gentleman from Taured. This time newspaper accounts exist to confirm at least the report of the incident, including the date. On 19th November 1963, a local bank manager, Mr. Kinoshita, noticed a black car ahead of him as he traveled to work. In the back seats, an elderly gentleman sat reading a newspaper. In an instant, a strange white smoke appeared, and when it disappeared, so had the black car.

We have written before of Harry Turner’s strange encounter on a lonely road in the north-east of the United States. According to the report he went on to give MUFON, he firmly believed he had experienced “beings from another dimension!” Even more astonishing, he felt he received “supernatural powers” following the encounter.

Some people have even drawn comparisons from the mystery man in Tokyo and the equally bizarre case of John Titor. You can check out a discussion about this case below.

Many UFO researchers have also questioned whether UFOs and the aliens that are within them are perhaps also travelers from another dimension as opposed to another planet. Although it is perhaps a little bit of a reach – but worth noting even so – 1954 (the year of the Taured encounter) was also a notable year for a drastic spike in UFO sightings.

Might there be a connection between the two? Many researchers theorize that such space travelers use portals and wormholes to combat the logistics of space. Is it possible that if there was increased activity from such crafts during 1954, that these portals may have ripped open dimensions, leaving them exposed to each other?

Check out the video below. It looks at the Man from Taured in more detail.

Tags mysteriousworld The Man From The Country That Doesn’t Exist

Previous What Lurks On The Mysterious Peaks Of Ben Macdui?
Next The Pennsylvania Rain Man – Possession By The Devil Himself?