In March 2018 a story found its way into the public domain concerning a sighting of a UFO over Arizona by not only two different pilots, but pilots from two different airlines. While information is limited at the moment, once researchers delve into the details and finer points of the sighting, it could very well prove to be one of great importance to the overall UFO mystery.

What is interesting about this sighting is how, in time, it could prove to be one of the more genuine and examined cases of recent history. Its location over Arizona, for example, raises eyebrows due to the abundance of UFO sightings in this part of America, perhaps most famously the Phoenix Lights episode of 1997 that was witnessed by thousands. Furthermore, the witnesses are both experienced professionals, trained to know and tell the difference between terrestrial aircraft and something unknown. The fact that they work for different airlines further adds credibility, as it all but removes any notion of collusion. Further still, the account, or at least portions of it, was captured on the audio exchange between the pilots and the control tower.

While it is easy to dismiss this story among the torrent of bizarre claims and obvious nonsense that regularly makes its way around the Internet, it is instead perhaps one to take note of. And even one to keep a check on the progress the incident makes. Will other witnesses come forward with accounts and details that are as yet unknown? Will the pilots suffer similar fates as others who have dared to speak of such exceptional experiences in the skies of our planet? As cliché as it sounds, only time will tell.

On 24th February 2018 Air Traffic Control in Albuquerque, southern Arizona, received communication from a Learjet 36 Airliner. The plane was part of the Phoenix Air Group, and the pilot wished to know if any other aircraft had just passed their position. The control tower would state their screens had shown nothing out of the ordinary. The reply from the Learjet was as simple as it was worrying, “Something did!”

Several minutes later, the control tower would make contact with a nearby American Airlines plane. The request was to “keep a lookout for anything that passes over them!”

A little confused, the pilot began to monitor his immediate surroundings more so than he might have done normally. Much to his amazement, the strange object came into view a short while later. It passed directly over the top of his plane.

The pilot, Blenus Green, would later speak to the media of how the object was bright “but not so bright that you couldn’t look at it!” In fact, Green couldn’t help but look at the strange object in an attempt to see just what it was. He would tell ‘Big Country’ that “it didn’t look anything like an airplane”, noting how there was no wing-surface or any type of tail. Green would finish that it was so “out of the ordinary” that he “wasn’t scared” and was “really fascinated by it!”

The location was the airspace over the Sonoran Desert, a site of numerous UFO sightings, and even alleged crashes of such other-worldly craft in the early-1940s. Perhaps then, it isn’t a coincidence that such a sighting occurred in an apparent hot-spot of activity. 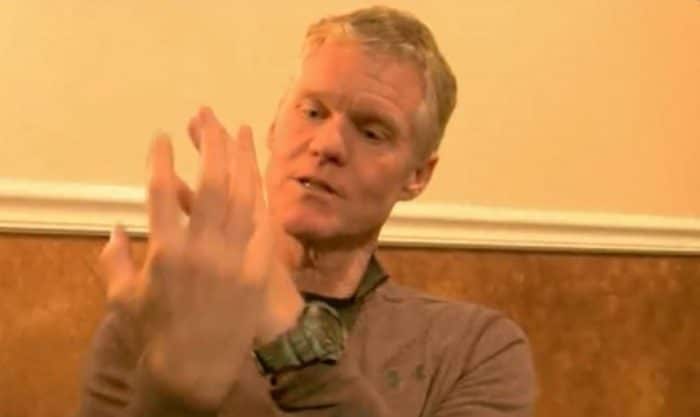 Strange In Its Openness?

The entire incident, in real time, was over in only six minutes. It isn’t often that pilots will admit to seeing anything strange in the air, not least so publicly. On this occasion, it appears the Federal Aviation Authority (FAA) agree that “something” was in the skies over southern Arizona that afternoon, despite their radars on the ground not picking it up. Furthermore, the FAA, like the two pilot witnesses, have no idea what the mystery object was.  It is perhaps worth noting the caveat within their statement, however, that “the controller was unable to verify that any other aircraft was in the area!”

As well as the previously mentioned increased number of sightings in this part of the United States, there is also an increased military presence, with several “secretive” military bases operating nearby. It is certainly not beyond the reach of imagination to think the US military might conduct top-secret aviation technology here.

Whether the pilots who have spoken so openly receive any form of “sanctions” for their actions remains to be seen. Others, however, weren’t so lucky.

We have looked before at the pilot who publicly spoke of his encounter with a UFO over the skies of Alaska on Japanese Airlines Flight 1628. Following the bizarre and prolonged encounter in November 1986, Captain Kenju Terauchi would speak openly to the world’s media about the incident. Furthermore, radar video would back up his claims. Despite this and his obviously excellent record as a pilot, he was removed from active duty and placed in a low-key “desk-job”.

Before we look at some other very similar sightings check out the video below It features some of the audio from the exchanges below.

In the winter of 1995, sightings of strange aerial objects were reported over the icy waters of Lake Eire in Ohio. On 28th February, pilots from two separate airlines, Mesaba Airlines Flight 3179 and Air Shuttle Flight 5959 reported to Air Traffic Control in Cleveland of strange lights flying over the ancient lake.

At first, the reports were simply of a “white light” but this soon progressed to multiple colors. The object was below the aircraft and the tower would suggest that perhaps they were seeing a reflection bouncing off the clouds from the landing beacons below. The Shuttle Flight 5959 dropped its altitude until it was below the mystery craft. As the pilot did so, he could clearly see the mechanical nature of the object.

The Mesaba Airlines Flight 3179 would even attempt to communicate with the craft, blinking and flashing its lights. No response was received.

Seemingly as soon as it had appeared, the object vanished from sight. There is very little on record to suggest what happened to it. Nor does anyone seem to know about the apparent photograph taken by the captain of the Mesaba. A photograph the control tower stated, “they would like to take a look at!”

Although there is doubt as to the authenticity of the report, a strange sighting in China in November 2011 saw a “shimmering blue and white object” hovering outside the cockpit window of a Xiamen Airlines plane as it approached the airport in Nanjing. Two other pilots, each in separate planes also contacted the control tower with sightings exactly the same in detail. Each would report a blue and white oval that remained silent as it moved before vanishing at astonishing speed.

China has a long history of UFO sightings and alien encounters. It would appear that a surge of such sightings is happening over this part of the world right now. Similar to the Soviet Union, there are no official records of UFO sightings in China until the mid-1990s. They undoubtedly happened, however, but to what degree and regularity is unknown.

Perhaps their recent emergence on the world stage is part of the reason for this sudden wave. Not to mention their intense and sudden interest in exploring the cosmos. Wendelle Stevens certainly thinks so. Stevens is one of the world’s most experienced UFO researchers and a former US fighter pilot. He stated in an interview recently that “UFOs seem to be taking a very close interest in China!”

There appears to be an increase in UFO sightings generally in recent years. Part of the reason for this is the ever-increasing access people have to the Internet. However, the sightings still have to occur before they can race around online newsfeeds. Perhaps, as some people believe, we are heading towards some form of cosmic disclosure sooner rather than later.

This video below is recently declassified UFO footage.