An incident in January 1981 had only a single witness, but it was one that left behind apparent physical evidence of its visit. And what’s more, this evidence was examined and photographed by both the witness, local police, and investigators within days of the landing. That isn’t to say the investigation isn’t without controversy, though. Many claims of “flawed handling” of the evidence and the scene, would be leveled by secondary investigators – both skeptics and believers alike – over the years that would follow.

The witness himself appears credible enough, however, with no apparent desire or motivation for elaboration or outright manufacturing of the incident. Furthermore, the identity of the witness was officially a mystery for many years following the incident. This is obviously not the actions of a person looking to “cash in” on their experience. Was the Trans-en-Provence incident the landing of an intelligence-driven craft from another world? Or might it have been an experimental machine from much closer to home?

A Device Like “Two Saucers, One On Top Of The Other!”

The witness to the Trans-en-Provence landing was long reported to be Renato Collini. This was mainly due to the privacy laws in France. However, we know today that, in reality, the witness is Renato Nicolai.

At a little after 5 pm on 8th January 1981, Nicolai was at his home building a concrete shelter for an outside water pump. His home overlooked the land below it as it was built on a raised level. As he noticed how cold it was becoming, he heard a “sort of faint whistling”. He turned his attention towards the sound and in front of him was a “device in the air” at the tree-top height at the very edge of the land of his property.

He would distinctly remember the device “was not spinning”. And furthermore, it was “coming lower to the ground”. He moved closer to a stone cabin on his property so he could watch the object land. As it moved, there was no flames or clear sign of propulsion or an engine. Almost as soon as it touched down on the ground it rose again, the whistling sound still audible. It would take off with speed towards the woodland nearby. It had the shape of “two saucers, one on top of the other” and was a lead color.

The higher it went Nicolai could see “four openings” on the underside, although no lights or flames were visible from inside. Still a short distance away from where the craft landed, he would wait for a moment until he was happy it had gone. Then, he would walk toward the landing site.

Markings Of A Circle And “Abrasions”

Upon arriving at the location Nicolai could clearly see a circle around two meters across. Within this circle were “abrasions” or scorch marks. Following his reporting of the incident, further reports would reveal more intricate details of the area. One of those investigating groups was GEPAN who would investigate such mysterious sightings. They would find “mechanical pressure” most likely the cause of the impression left at the site. Very likely, the craft was of a weight of between four to five tons. Furthermore, indications were that the underside of the craft (at least) was of a temperature of between 300 to 600 degrees Celsius (between 500 and over 1,100 degrees Fahrenheit).

Due to the relatively close location of the Canjuers military base, Nicolai would ponder if the device was some kind of secret military reconnaissance craft. And while UFO enthusiasts had an obvious interest in the case, many theories bizarrely enough, would revolve around “natural phenomena”. This, despite the report of a very physical and real nuts-and-bolts machine. As well as GEPAN’s own suggestion that a four or five-ton machine had made the impression on the land.

In total, from him first noticing the strange whistling sound to the object taking off from the ground and disappearing out of sight, the incident would last no longer than a minute. However, the investigations would all agree it was the alertness of the witness and his ability to take in as much as possible that made such a short and otherwise mundane sighting so rich with detail and subsequent information.

Given the size of the craft, while it isn’t impossible by any stretch of the imagination for a single pilot to fit inside, it is perhaps more likely that the craft was indeed some kind of drone or scouting device. If this is the case, then, would it be one of military origin or from further afield? While it apparently had the ability of propulsion, possibly based on electromagnetic energy (given the immense rise in heat upon its take-off), that is of an advanced nature, the object didn’t exhibit any breathtaking speeds or movements.

With this in mind, then, is it more likely that the brief landing is one of a clandestine military craft? Either French or from one of the numerous American bases in France and other parts of Europe? Might it even be a secret joint international-type project? Perhaps the design and propulsion is indeed based on recovered extraterrestrial technology? This itself would be reason enough to discredit or gloss over the incident.

Or might the “downplaying” of evidence be another example of controlling what little information had already ventured into the public arena? Whether there is a connection or not, there are several similar sightings in France on record around the same time. And, possibly of more interest, an almost identical sighting in the immediate days following the Trans-en-Provence sighting, on the other side of the world, no less. 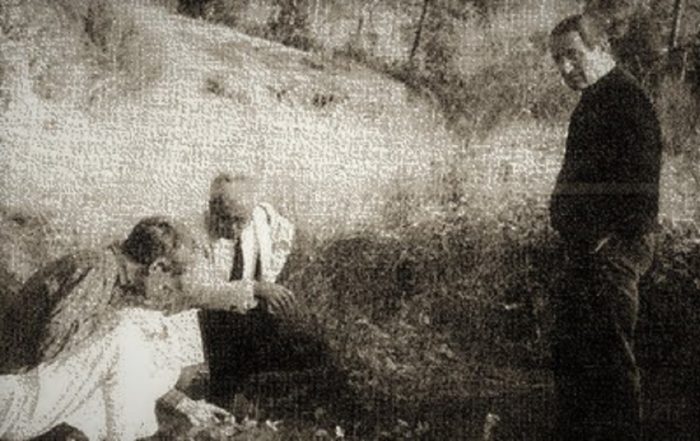 On 15th January 1981, at around 1 pm in Canberra, Australia, six people witnessed a silver Cessna-sized disc hovering stationary over the village for about an hour. The witness would estimate the object to be around 50,000 feet high. Suddenly, it would simply move away and disappear from view.

Around two weeks prior to the Trans-en-Provence sighting, late in the evening of 21st December 1980 in Mexico City, Mexico, was yet another similar sighting involving a hovering silver disc. At around 11 pm, a mother with her seven and ten-year-old sons witnessed a “large, bright, flying saucer hovering over the top of a high-rise building”. The witness claimed to see “windows” on the underside all the way around. After several moments, it began to rise and vanished. She would shout to her husband, who was slightly ahead of her as the family went back to their hotel on a Christmas vacation. However, he didn’t hear. The witness would further claim that the object was most definitely made from solid material and didn’t appear to make any significant noise.

A sighing close to home occurred in early-1982 in Les Avenieres, Buvin, in France. A young girl playing with her cousins would witness a “golden cigar shaped thing” made from “riveted sheet-metal”. She could see no windows or doors. And what’s more, the object didn’t make any type of noise whatsoever. It was flying over a field, “very slow and very close” to the witness. She would later estimate the entire sighting lasted no longer than a few seconds, although it felt much longer. The witness would attempt to get an adult but upon returning, the object was gone.

There are also several other UFO incidents that have left similar evidence of their visit behind. One of which, coincidentally or not, took place in France with another farmer, Maurice Masse being the witness in the town of Valensoe. Although the sighting itself involved close contact with the occupants of the strange craft witnessed by Masse, when it had left, a “huge wet circle” remained where it had stood. Furthermore, nothing would grow in this circle for over a decade.

A very similar incident occurred in Australia in September 1980 – only months before the Trans-en-Provence case. Once more on a farm, George Blackwell would awaken to see a strange object on the ground. Interestingly, near the farm’s water tank. When he inspected the grounds a “strange dark ring” was clearly visible. Blackwell himself would become intensely unwell, although he would recover. None of the animals on the farm, nor birds who flew over it, would go any near the strange reminder of their mystery visitor, however.

Perhaps the most famous of such evidence leaving encounters was the incident in Delphos, Kansas in November 1971. Once more, a strange circular mark remained behind following the apparent landing of a UFO. Most would describe the witnesses as very credible. And the case itself, whatever it may turn out to be, to be sound in its detail.

Might all of these bizarre cases share a connection with one another? And if so, what detailed and relevant information can we extract from that connection? Why, for example, do many of these similar incidents appear on farmland? Might it have a connection to the water supplies, as we have asked before? The video below looks at the Trans-en-Provence incident in a little more detail.