Two of the strangest air crafts that I’ve seen in a while are flying so close together with one in front of the other and also flying really low.

If they are flying in formation then it’s very possible that these could be man made aircraft.

And “possibly from the Lockheed Martin Skunk Works”?

And, I’m not saying that they are theirs but just have a look at the stuff they are building (images on their home page links are in source section below). 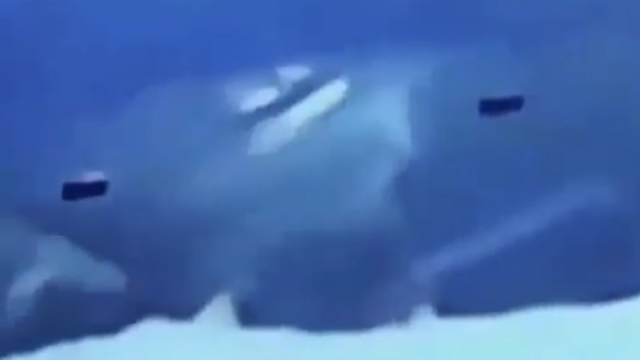 It will all become clear as to why I have said these could “possibly” be these guys effort’s.
I’ve been on their website and they are building plus also developing some of the exact same shaped aircraft’s – that people are getting confused with UFOs! 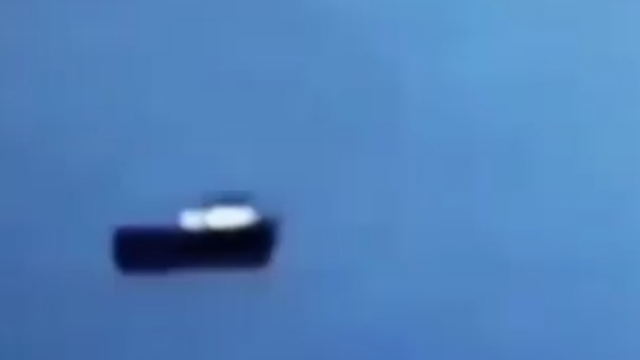 These two “crafts” or UFOs, in the video, look like they are unknown to the public, right?

I did think that these could be the TR3B stealth craft also because the angle at which these are videoed could be distorting the actual shape of both of them?

Because they are both flying in the same way, it stands to reason that both of them would be distorted the exact same way?

Especially if they are both the exact same shape as one another, that just stands to reason.

So, what exactly are these aircraft’s:
There’s a lot to these weird and very genuine aerial vehicles out there all the time and I want to know as much about these as I possibly can?

I know you do as well.

It’s only a short video this and I cannot find the rest of it anywhere? I have looked everywhere, so I decided that you guys need to see this anyways – I could of just sat on this and thought well, there’s not enough of the video so what’s the point?
But, I cannot do that – even if someone catches only a slight “glimpse” of a UFO, then it needs to be shown.

In fact, it “must” be shown to the public, as it’s all part of the bigger picture.

These are all breadcrumbs that when we put them together one day, we will see the whole picture.

That is going to be an amazing day!

Somebody I guess, has taken away parts of the video which could Identify themselves and so what is actually left of the video is what we have.
Related post:
Triangle TR3B Or UFO Seen Flying Over Germany
I totally understand that if your going to report a UFO but you want to remain anonymous (or you have to remain anonymous) for reasons that could get you sacked, hurt your reputation, bring your judgement in to disrepute then you MUST do what you feel is right?
You have to keep the parts of the video which could identify you, out of the video which I understand also – and it’s your right!
It’s frustrating, but once you understand that it’s actually not up to us “the public” and it’s ultimately down to the eye witness or whistleblower then it makes complete sense.
The voices, the faces and places all could immediately give someone “what they need to identify the person who filmed this.
The Aurora aircraft:
Aurora was a rumored mid-1980’s American reconnaissance aircraft. There is no substantial evidence that it was ever built or flown and it has been termed a myth.
The U.S. government has consistently denied such an aircraft was ever built.

Aviation and space reference site Aerospaceweb.org concluded, “The evidence supporting the Aurora is circumstantial or pure conjecture, there is little reason to contradict the government’s position.”

Former Skunk Works director Ben Rich confirmed that “Aurora” was simply a myth in Skunk Works (1994), a book detailing his days as the director.

Mr. Rich wrote that a colonel working in the Pentagon arbitrarily assigned the name “Aurora” to the funding for the B-2 bomber design competition and somehow the name was leaked to the media.

Others come to different conclusions.

Years of pursuit have led me to believe that, yes, Aurora is most likely in active development, spurred on by recent advances that have allowed technology to catch up with the ambition that launched the program a generation ago.

After watching this video on playback many times now, I’m convinced that this is one of two things?

They’re either “man made secret stealth planes” or they are indeed UFOs.

Here is the really good but very brief video showing us a very real event that I believe took place:

What’s your thoughts on this amazing and more than likely real historic event? Please leave us a comment, thank you.