Although they are not exclusively linked, quite often, areas famous for Bigfoot sightings are also UFO hotspots. Some will argue that both are natural phenomena, which explains the link. Others argue there is perhaps a more direct link between UFO sightings and the creatures widely collectively as Bigfoot. And the more you delve into such reports, the more they begin to make a chilling amount of sense.

We have written before, for example, of Skinwalker Ranch, widely regarded to be one of the strangest areas on the planet. There are regular (and well documented) UFO sightings, as well as reports of strange humanoid beast-like creatures. Animals (including pets) have disappeared literally into thin air, and strange orbs often float of their own accord over the area.

One strange detail at Skinwalker Ranch is the presence of bizarre, black boxes, seemingly strategically placed around the land. These boxes would send out strange, pulsated sounds, and would often appear to intensify when someone would approach them. It is a detail that is easy to overlook – until you see other such reports of these mysterious black boxes.

Before we look at other such reports, check out the video below. It looks at the basic connections between the UFO phenomena and Bigfoot sightings.

The Encounters Of Sergeant Charles Moody

On 13th August 1975 in Alamogordo, New Mexico, Sergeant Charles Moody would make claims of going on board an extra-terrestrial craft. He would also give precise details of the beings that escorted him and the information they imparted.

Moody was in the desert that evening near Holloman Air Force Base in anticipation of a meteor shower. At a little past 1 am, however, in a bizarre flash, a dull, metallic disc-shaped craft appeared in view. Wobbling slightly, the craft soon leveled out and descended to the ground.

Moody quickly sought the safety of his car, but as he tried to start it, the engine simply sputtered. The battery was completely dead. He would remain in his vehicle as “an odd glow enveloped” it. He could then feel his entire body go numb.

The next thing he knew, almost ninety minutes had gone by. There was no sign of the craft, and the car would start the first time. Confused, he would make his way home.

In time, his memories would return.

Two beings had emerged from the craft and made their way to the car. Moody had felt a surge of panic and lashed out at the creatures, striking one of them. Then everything went black. The next thing he realized he was on a table in a strange room, on board the craft.

He would recall later that during his on-board encounter, one of the aliens put a rod-like tool on his back and his legs. Responding to Moody as to what was happening, the being stated the device would “correct any misplacement” in his body following the scuffle. It would also reverse the paralysis that had control of his body “if he promised not to strike it!” 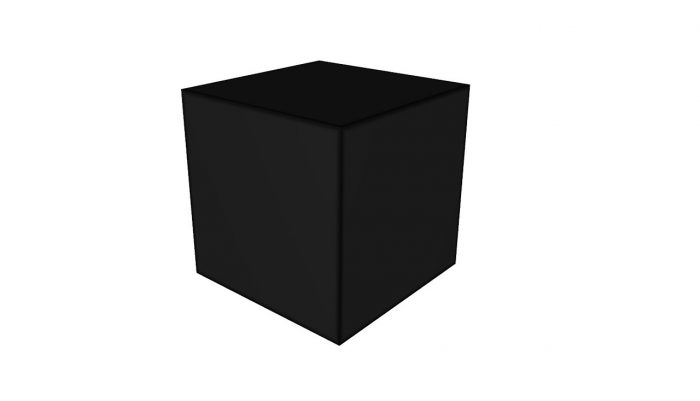 On Board The “Observation Craft!”

Now free to move about the craft, Moody began to take in his surroundings. He would describe the alien beings as around five foot tall and overall, very similar looking to us. Their heads and eyes were both larger than ours, with their ears, nose, and mouth being a little smaller. Although he could recall speech, he also believed that some form of telepathic communication also occurred.

Moody would take the opportunity to ask as much as he could of his cosmic hosts. One of the first things he enquired about was their propulsion system. The “leader” with whom Moody was speaking agreed, and motioned him into another, larger room.

Moody would later recall seeing a “huge carbon rod” that went from the floor right through the roof of the room. On the rod were round glass windows. Inside each window was “a large crystal with two rods – one on each side the crystal. One rod came to a ball-like top, the other one came to a T-type top!” Moody would also state to seeing no wires or cables.

According to the information relayed to him, the craft he was on, was merely an “observation craft” that housed itself on a larger ship. This “mothership” was usually around five to six thousand miles away from the Earth (although at the time it was four-hundred miles above their position). According to Moody the radars on Earth interfere with the navigation system on their crafts. Might this explain a lot of the alleged crashes all over the planet?

It was near the end of the encounter that Moody noticed a strange black box to one side of the room. The purpose of the box would be revealed to him, but so was the order that he must never reveal his knowledge of it, or its use. Try as he might, Moody could not remember what the black box was. The fact he could remember it at all though, made him feel it was of importance.

This last point of a strange, black box is an interesting detail – one that appears to discreetly appear in several prominent UFO encounters. In the early 1970s, researcher, Patrick Harpur, would report on a strange incident involving two skiers in Finland. As they entered woodland, each noticed “a round craft that hovered above them!”

Suddenly a beam of light shot downwards from the bottom of the craft, striking the ground. At the same time, a humanoid figure appeared within the beam of light. In the humanoid’s grip was a strange, black box. From the box, a “pulsating yellow light” emanated. As the skiers watched this bizarre “fairy-like” creature, one of them felt a sensation as if he was “pulled backward!”

In a cloud of red-gray mist, the UFO and the creature vanished, leaving the skiers confused. The one who experienced the invisible grip, now numb down his right side. Each was convinced that the strange, black box was some kind of weapon.

Around the same time as each of these incidents, husband and wife, “Jim and Barbara Evans”, were finalizing the details of their newly purchased ranch in Clearwater, Colorado. They would soon be witness to all manner of strange phenomena, from UFOs to mutilation of their cattle.

They would also have an encounter with the mysterious black boxes.

Much of the activity noticed at the ranch in Clearwater was very similar to those at Skinwalker Ranch almost a decade and a half later.

However, by far the strangest encounter occurred late one cold night in January 1977. Jim, along with his eldest son, Joe, went to examine the spot of previous strange activity near their land. In the nearby woodland, they could make out a yellow light through the trees. They would make their way to the source of the light.

In front of them, lay a lonely, black box. A “buzzing” sensation appeared to come from within it. Jim would move forward to within around four feet of the strange object. As he did so, the tone of the buzzing would change. It went from a calm consistent tone to one like a “bunch of angry bees!”

Both men backed away. Once at their vehicle, Jim ordered Joe to wait in the car. He then returned to his previous position. Only now, the light and the box were both gone. He returned to his car and began the journey home.

Later that evening, however, he would notice the light again. This time, alone, he made his way to the shining object, intent on obtaining some answers.

Jim would state that “two individuals” were waiting for him “in the light!” He would elaborate, “The light didn’t come from anywhere. I can’t describe it – it was just light!”

It seemed as though the two individuals not only knew him – judging by their greeting they were expecting him. Around fifty feet away from them, Jim could clearly see a disc-shaped craft. He would state the two individuals each adorned “tight-fitting clothing – like a flight suit!” Furthermore, this clothing would change color, from brown to silver, although Jim didn’t know how, or why.

According to Jim, the two individuals apologized for the troubles he and his family had experienced (insinuating they themselves were the cause of these). They promised to find “a more equitable arrangement” although they did not elaborate.

They informed Jim that the creature “Bigfoot”, that they had witnessed “obeys the commands!” They spoke to Jim about the black box, and that he was wise to “stay away from it!” They would then motion behind Jim, who noticed a bigfoot-creature standing behind him. As if obeying orders, it walked towards the black box near to them.

As it had done previously, the tone suddenly changed to an angry bee swarm sound, and in an instant, the creature dropped to the ground.

“As you can see,” one of the individuals said to him, “they are quite lethal!”

Jim then “got the impression” it was time for him to go. He did so, and although the incidents calmed somewhat, they didn’t completely stop. Nor did Jim, or his family receive any answers as to what was happening.

The short video below looks at a recent sighting of a Bigfoot creature and a strange black box.

In October 2017, an article would appear in the Pittsburgh Post-Gazette regarding an increase in both UFO and Bigfoot sightings in Allegheny. Not only had sightings gone up. The small town of Allegheny led the entire state of Pennsylvania in such sightings.

Interestingly or not, one of the strange aerial sightings of recent times in the area, are those of “large, black, rectangular boxes!” Are these connected to the large black buzzing boxes as described in the accounts above? Coincidentally or not, many of the UFOs seen over the skies of the aforementioned Skinwalker Ranch are “black box-type craft!”

Is Allegheny the latest area soon to discover a plethora of mutilated cattle, bigfoot sightings and black boxes apparently designed to incapacitate them around the county? And what are these mysterious, deadly boxes? Or they simply some kind of advanced pulse technology? Or might they have other properties? And perhaps more intriguing, why – in the case of Charles Moody at least – were they not to be spoken about? What might be so unique about them that they required such secrecy?

Check out the video below. It is an extended talk on the Bigfoot-UFO connection.

Previous Benjamin Fulford: War Drums Beat Around the World as U.S. Paralyzed by Infighting
Next The Recovered Alien Craft in Arizona’s Paradise Valley?