UNNATURAL OR PURPOSEFUL TRACKS ON MARS 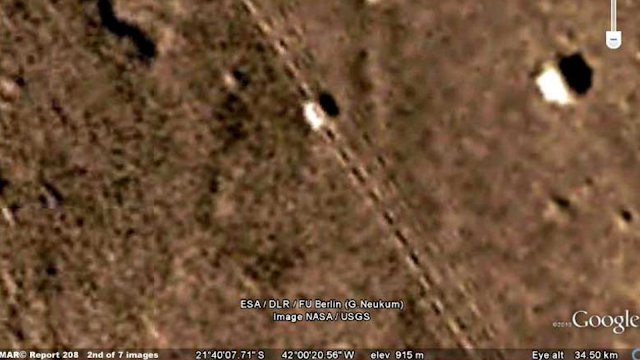 Your eyes are not deceiving you, it does say indeed that there’s a train with tracks and a possible station which been found on Mars. What’s more is that this was discovered a long time ago in 2011 but hardly anyone knows about it, why is that do you think?

It’s one heck of a strange anomaly and because it’s on Mars it suggests that all the other anomalies found or discovered on Mars have all now just been given a huge boost in credibility.

But NASA seems to be burying their heads about this one? Why the heck aren’t they there looking in to this amazing discovery. Nothing about this makes sense but yet there it is. 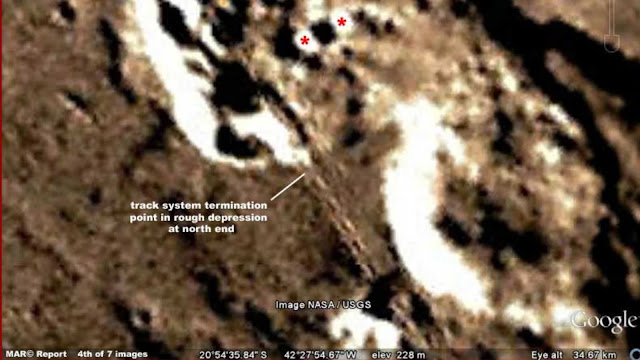 Everyone probably knows something about what it takes for people to live in a city or town and what it takes to thrive or even just run smoothly in such a place?

People know that a place like such as a secret underground city on Mars has to come up for supplies at sometime because moving people, moving goods – not all of this can be achieved underground due to many restrictions like the lack of tunnels, camouflage or even the lack of vehicles that can move the “stuff” in the first place?

So “they” (i’m talking straight up Martians) sometimes have to come up for air so-to-speak and this is where they have been spotted in NASA’s very own images in my own personal view!

Because the foundation of a civilisation is a network of trains which would suggest a couple of things: 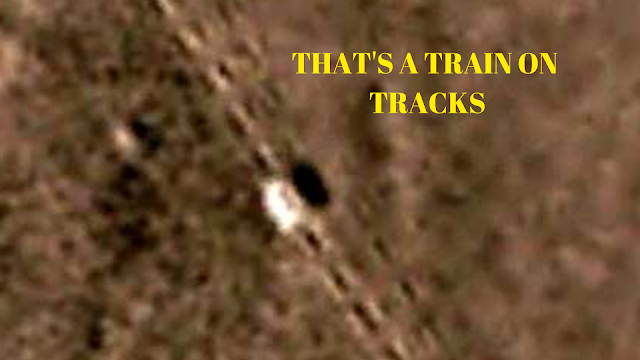 Commuters or even an industry of some sorts? It would suggest that the moving of people would entail a secret city because it’s not visible on the surface and “they” don’t put trains and tracks down for a few people.

“They” (whoever they are) only put tracks down for lots of people and or a healthy and profitable industry. So which one is it or is it none of them at all. Is this all just a case of mistaken identity and we all need to go get an eye test? 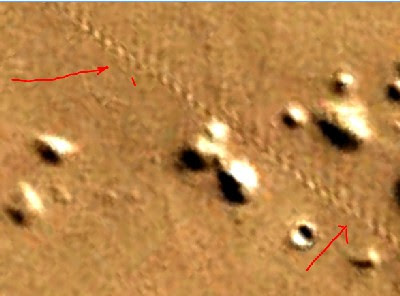 So there you go, there is a heck of a lot to mull over and please don’t forget to share your comments here and like us on Facebook. Cheers for your knowledge and for stopping by.

Here is the amazing video showing us all the Mars train tracks and possible station.

The guys at Of sound Mind and Body have done a great job of giving us an insight in to what everyone is basically thinking about this amazing find. It has clearly shown the people of Earth that you can see with your own eyes the deception that NASA is trying to pull over the whole worlds eyes and it’s there right in front of you in their own images.

NASA took these images, nobody else has doctored them and nobody has faked them. If that’s not a train on tracks (or some other intelligently made vehicle) then I’ll eat my hat as they say – because it is exactly what it says it is, right on the tin.